Crosscut Mountain Sports Center is a premiere training site for biathletes and cross country skiers. During the 2019-20 season, Crosscut piloted an Elite Team, extending the programming options for athletes over age 18 who are pursuing the highest levels of the sport. With collaboration from US Paralympics Nordic Skiing, we have effectively facilitated development for eight full-time high performance athletes. 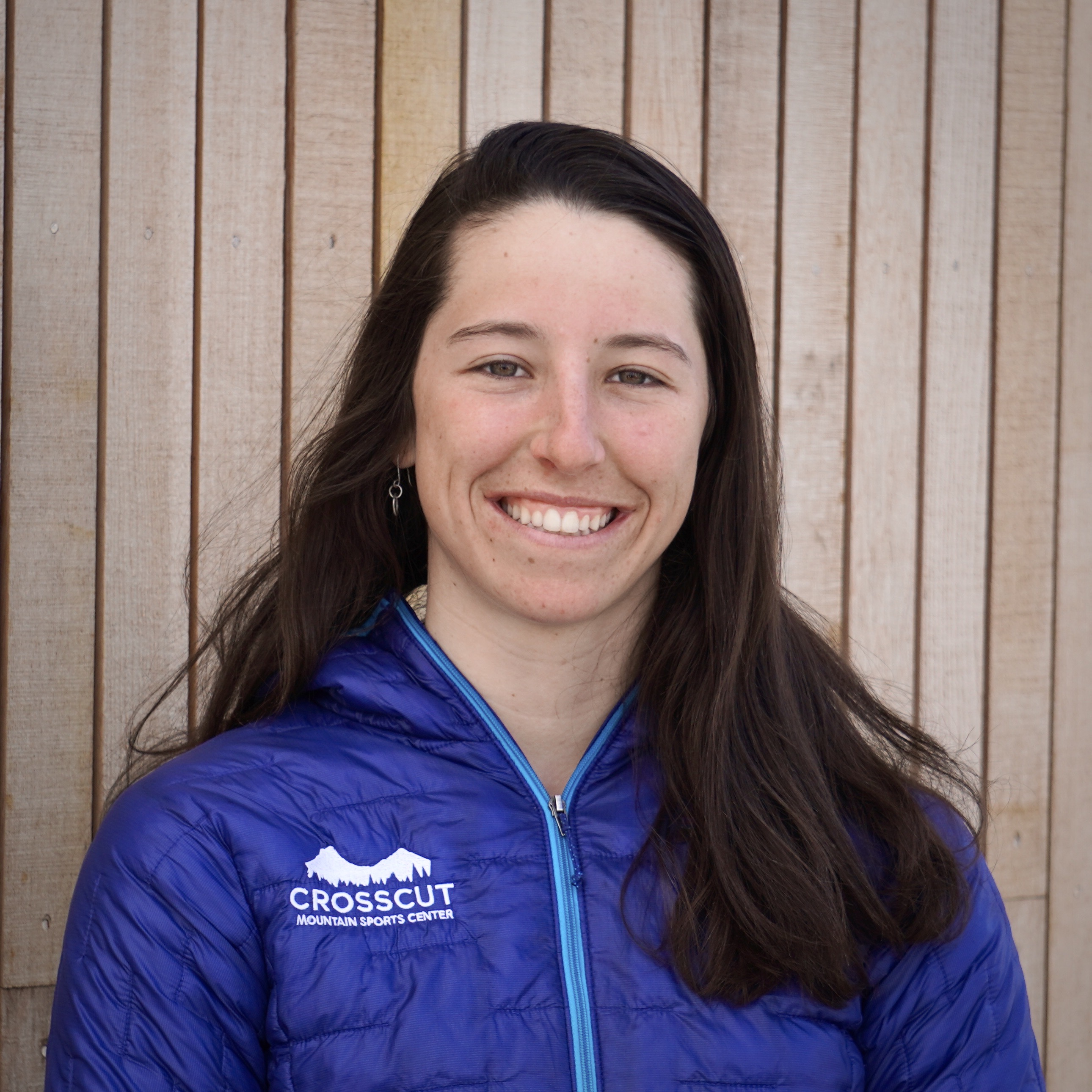 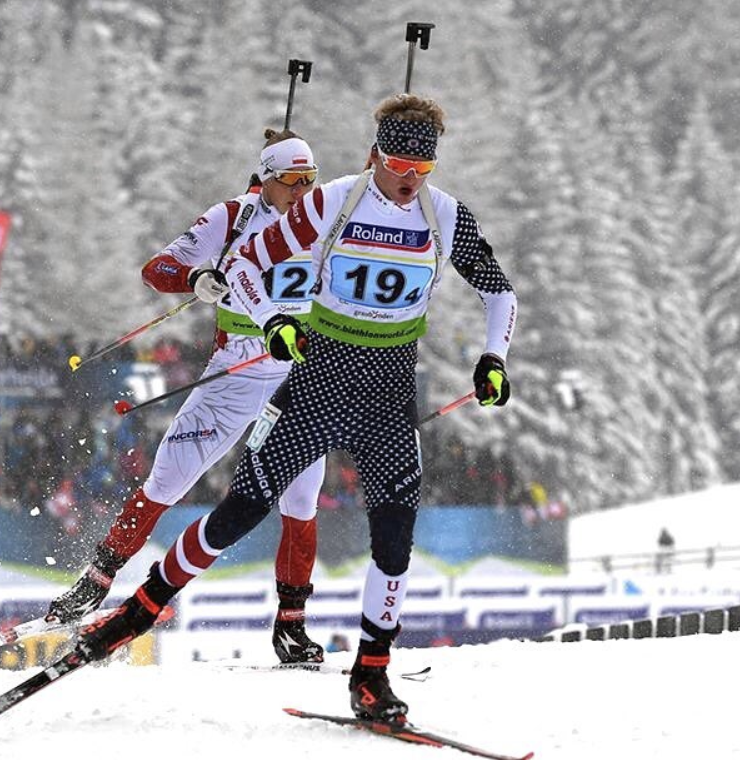 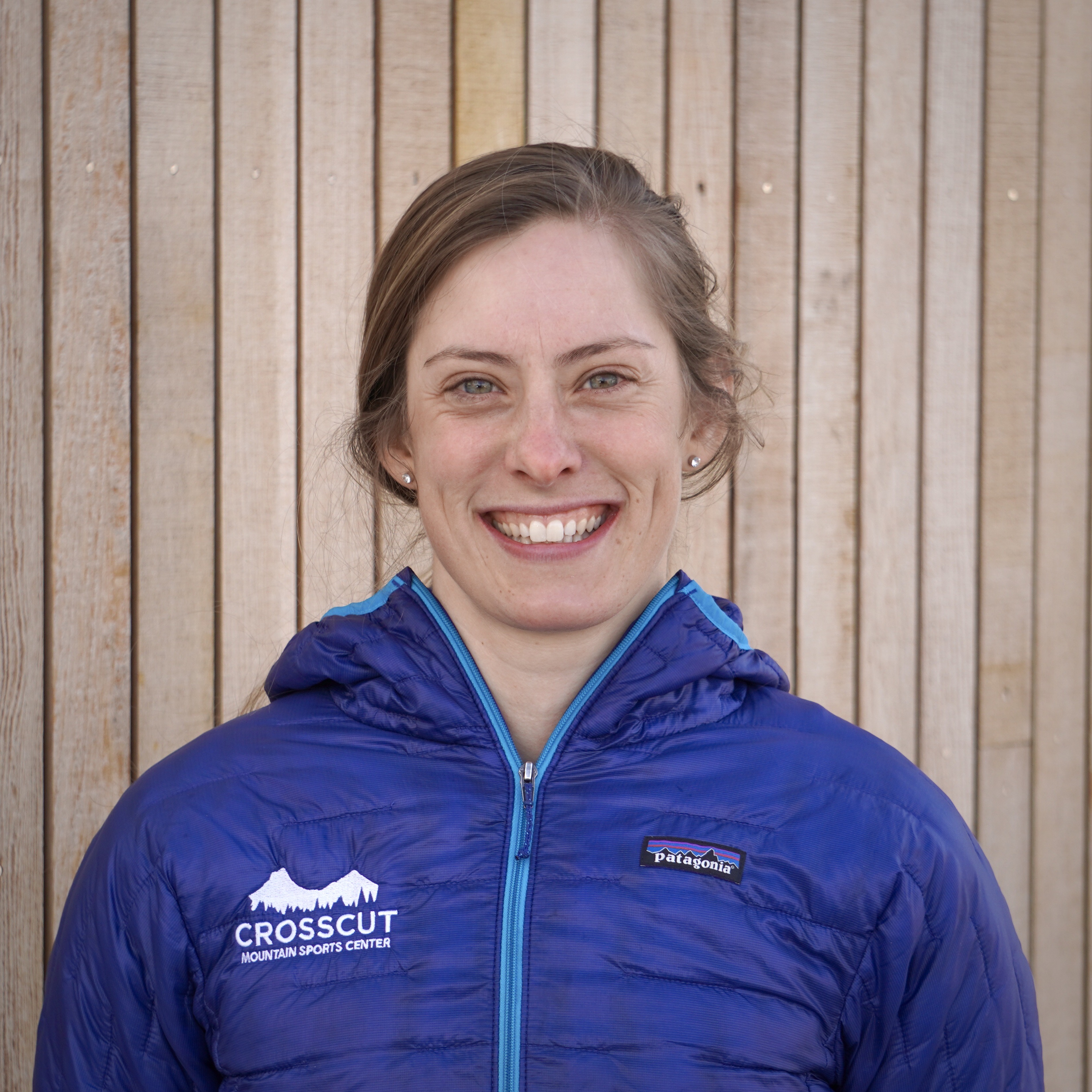 Felicia grew up in Waukesha, Wisconsin where she was first introduced to cross country skiing through the local high school club Peak Nordic. After graduating, she attended Northern Michigan University in Marquette, Michigan and had the opportunity to continue her passion for skiing on the collegiate level. She loved living on Lake Superior and having access to gorgeous forested trails and bike paths for roller skiing.

After graduating with a degree in Elementary Education, she began racing for the CXC elite team, then based in Marquette. In her free time, Felicia worked in the local school district as a substitute teacher.

In the summer of 2018 she moved to Bozeman to get a taste of living in the mountains. She has fallen in love with the outdoor community in Bozeman and continues her passion for racing with the Crosscut Mountain Sports Center. You can also find Felicia is the classroom where she enjoys her work as a substitute teacher at area elementary schools. She loves sharing her joy for active living with the young minds she is privileged to work with.

Felicia is enchanted by the lifestyle that being a professional athletes allow her. She thrives when she's training hard in a team atmosphere while pushing herself to gain personal goals. Highlights from Felicia’s ski career include competing at U23 World Championships in Romania 2016, racing at the OPA Cup Finals in Spain 2018 and being part of the China City Sprint tour in 2019. She is also proud of her 2018 Classic American Birkebeiner win. Her latest accomplishment is completing the Swedish Vasa Loppet 90k race this March. 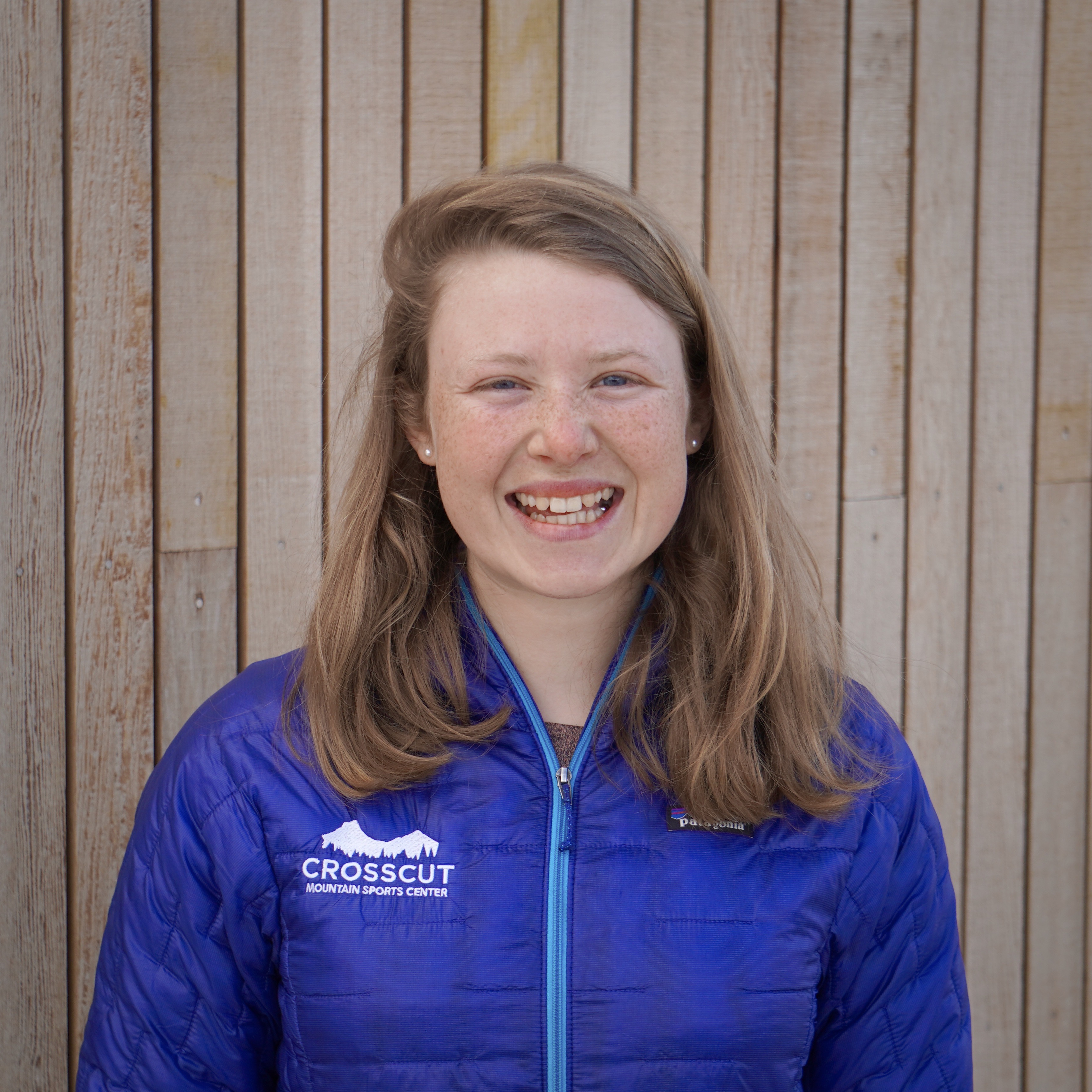 Looking for a bridge between the cross country running and track seasons, Hannah traded her hockey skates for skis her sophomore year of high school. Hooked on the feeling of effortless speed, enthused by the opportunity to spend more time outdoors, and energized by the people in the tight-knit nordic community, by the end of high school, Hannah wasn’t ready to let go of this new sport. She went on to compete for the cross country, nordic skiing, and track teams at Williams College where she studied chemistry. Upon her graduation in 2017, she had helped the cross country team to a National Championship, competed in two NCAA Skiing Championships, and finished as national runner-up in the 3k Steeplechase.

She moved to Bozeman, MT in August of 2017 to pursue skiing full-time with the Bridger Ski Foundation. After two years with their Elite Team, Hannah joined Crosscut this past summer as a cross country athlete. She sees Crosscut as a catalyst for bettering our favorite parts of Bozeman - our ability to embrace our mountainous home and build community. Inspired by Crosscut’s vision, her coaches’ dedication, and her teammates’ diligence, she’s found it easy to dream big this year and carry confidence on the race course.

Outside of skiing, Hannah works for a local coffee shop, Cafe M, where she enjoys learning about coffee culture and chatting with customers about their latest outdoor exploits. She hasn't quite ditched running either. Find her keeping tabs on DIII XC and T&F as a contributor to TrackYack or exploring one of Bozeman's spectacular single tracks. 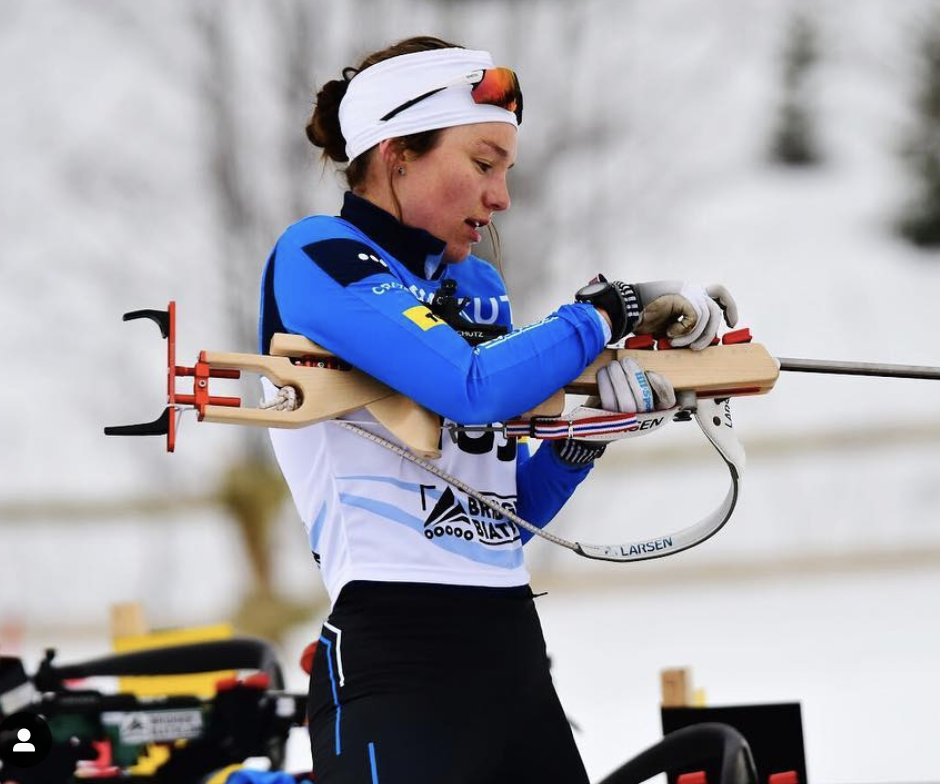 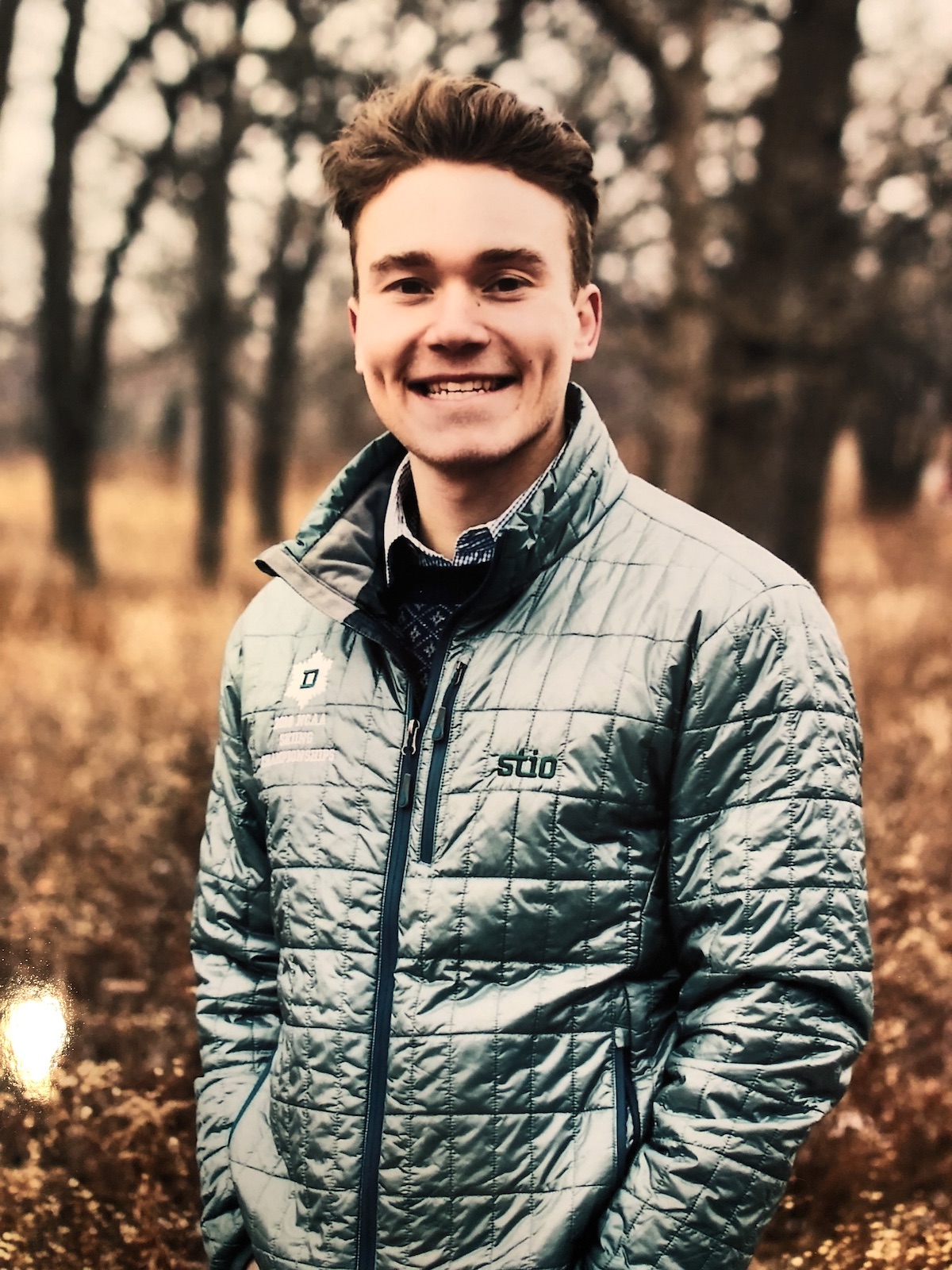 As the youngest of three Minnesotan brothers, Luke learned about competition, tenacity, and the quest to keep up from a young age. Whether it was scootering around the neighborhood, playing table tennis in the basement, or biking around the city parks of Minneapolis, he had an active childhood. He poignantly remembers the day his dad declared he was old enough to first try skate skiing and he has been on a journey for an abundance of enjoyment, the satisfaction of personal improvement, and the thrill of victory ever since.

Luke took his passion for skiing and everyday rigor to Dartmouth College. There, he studied Physics and English, realized that running on a trail was better than a road, and earned two NCAA Skiing All-American titles. After graduating, Luke moved to Bozeman to continue pursuing his athletic dreams at a high level. In his first year with the Crosscut Elite Team, he had three top-15 results for Americans at XC Ski Nationals, raced for US Biathlon at Open European Championships and an IBU Cup, and earned start spots for Team USA at the domestic XC Ski World Cups in Quebec City and Minneapolis.

While frequenting Bozeman’s local coffee shops, Luke works his side gig as a freelance writer. He sincerely enjoys working with his Crosscut teammates, coaches, and the staff, all of whom he sees as down-to-earth people with the passion and skills to achieve larger-than-life dreams. 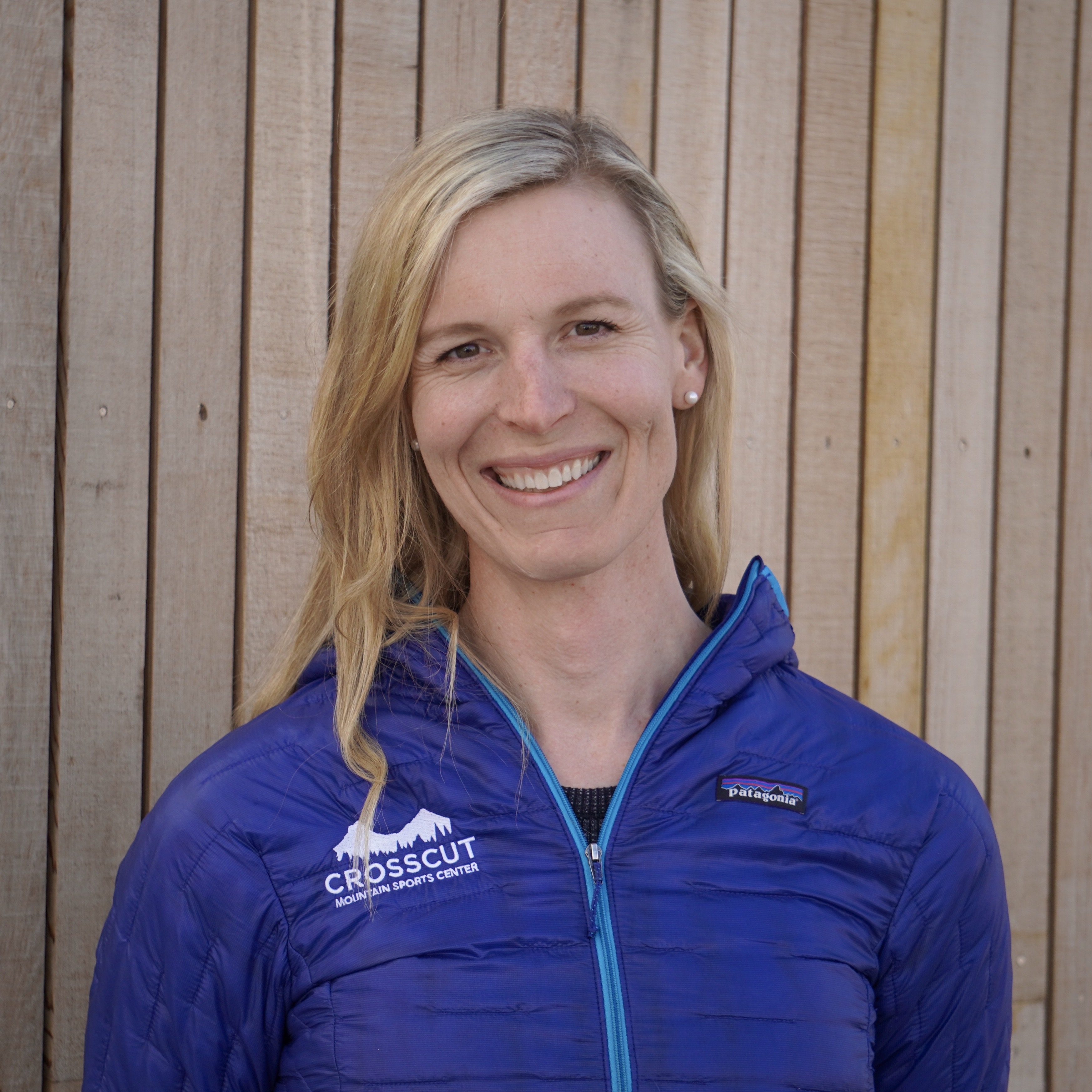 Mikayla Maier grew up in the Sierra Nevada Mountains, downhill skiing and mountain biking from a young age. She played elite-level tennis and competed nationally and internationally as a professional road cyclist before becoming a certified helicopter pilot and flight instructor. After retiring from cycling, Mikayla deployed to the snowy mountains of Afghanistan as a UAV pilot for a special military program.

An avid meteorologist and true snow-lover, Mikayla chose the Northern Rocky Mountains for her new home base. After discovering the sport of biathlon at Crosscut’s first women’s clinic three years ago, Mikayla dove head first into skiing and shooting. She is proud to have been part of the elite program’s inaugural season and to have represented Crosscut Mountain Sports Center at races across North America. Mikayla is motivated by her teammates’ passion and encouraged by the Crosscut elite program’s camaraderie. She is excited about making gains as a team during the off-season and looks forward to representing Crosscut at the upcoming US Biathlon national team trials. 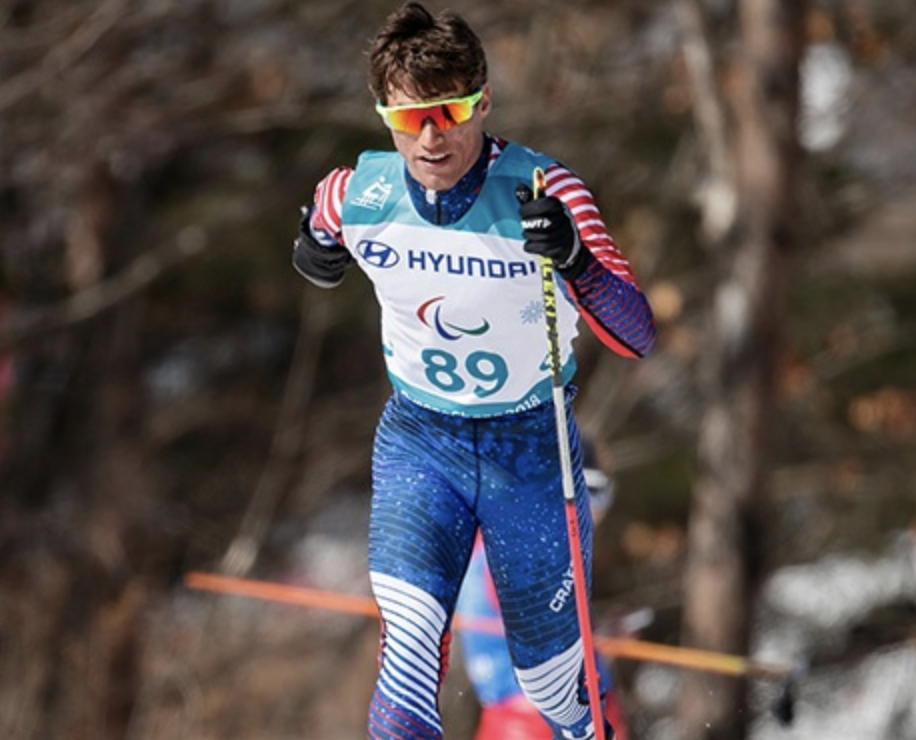 The Crosscut Elite Team offers several levels of programming to biathletes and cross country skiers. Information about the different teams is available below. Applications are open from now until April 15th, 2020, and announcements will be made about team selection by May 1st, 2020. Click here to read more about the application process. 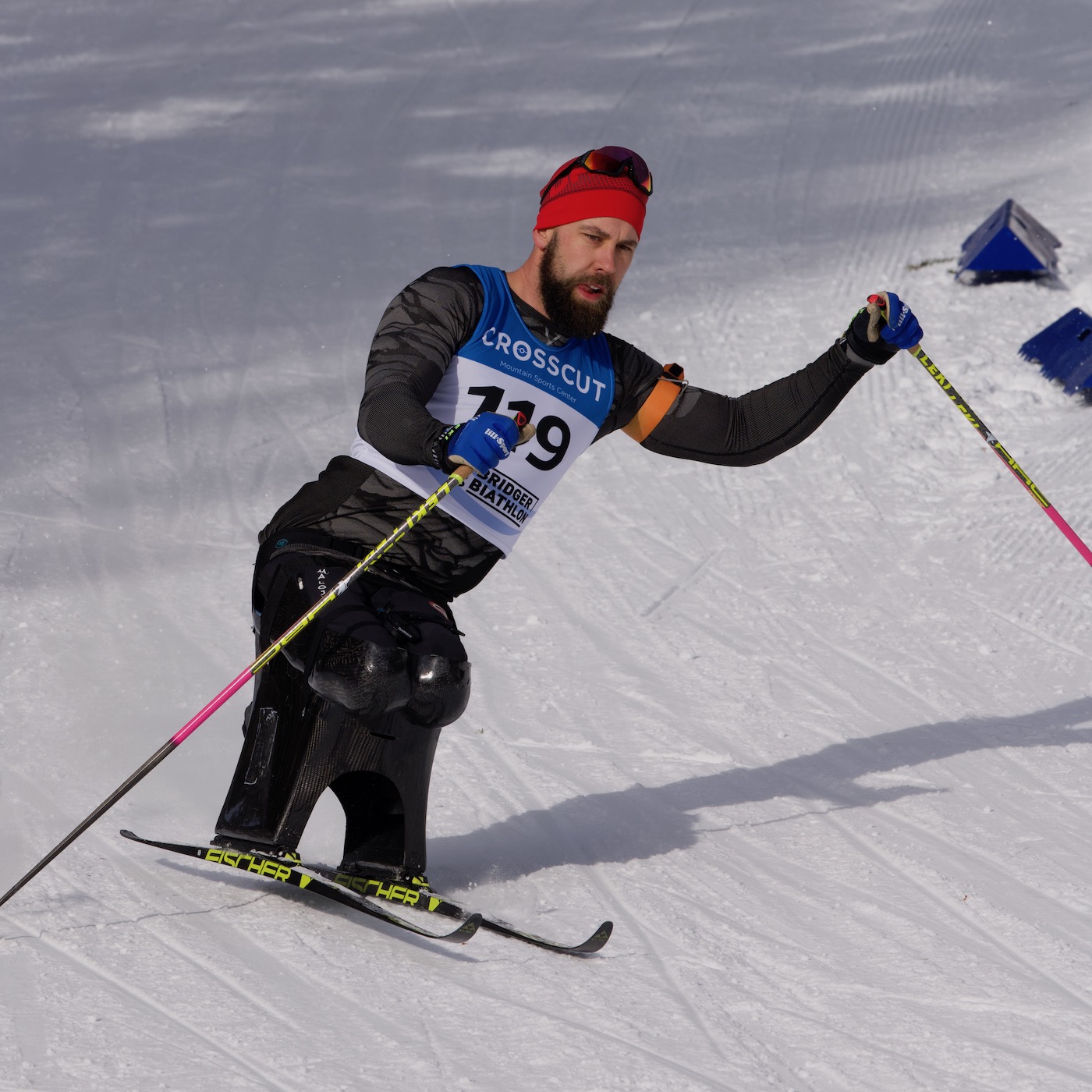 A high performance team for athletes age 23 and up who are representing the United States at a World Cup level. 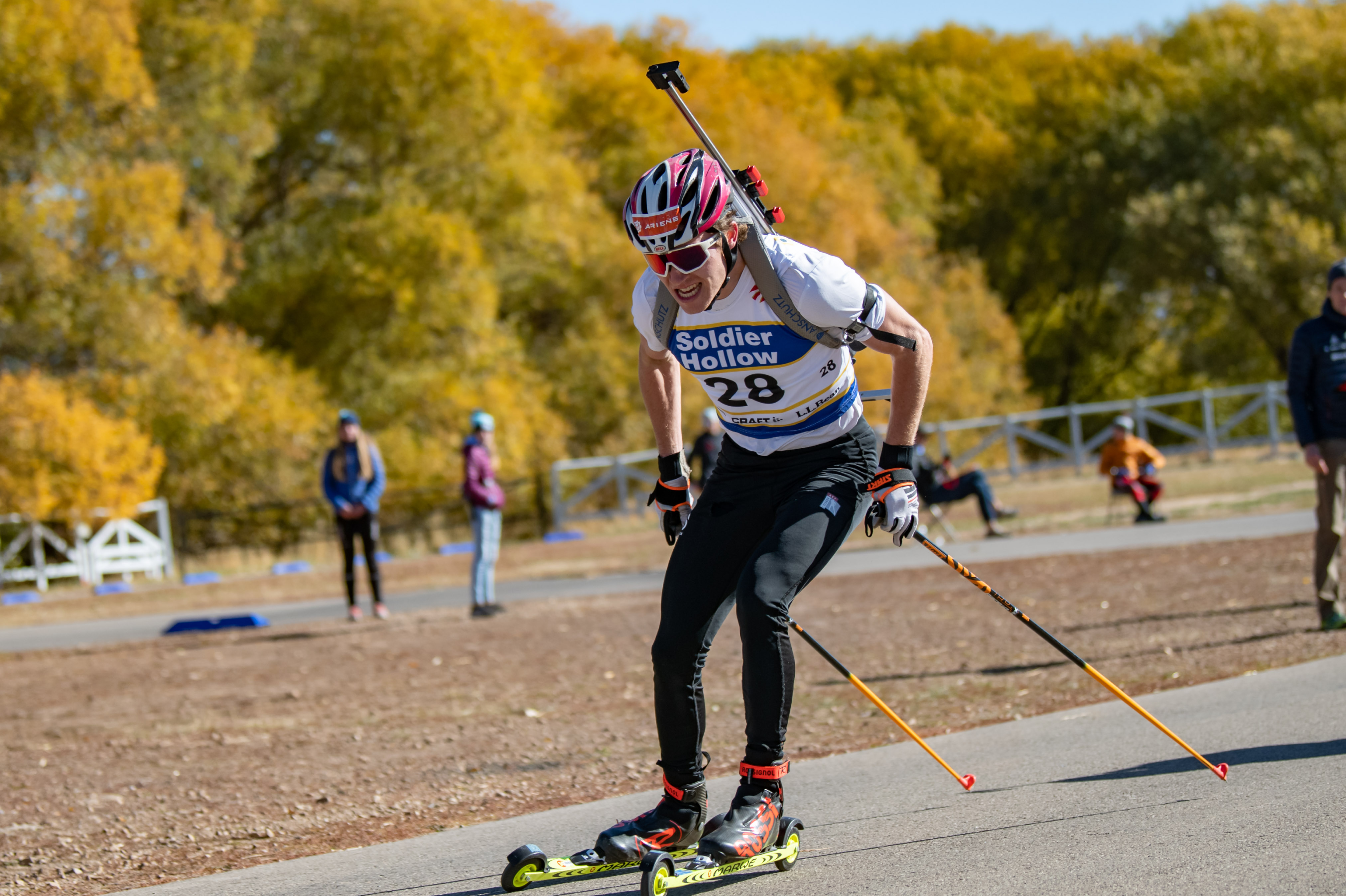 A place for dedicated biathletes and cross country skiers to push themselves and step up onto the international circuit. 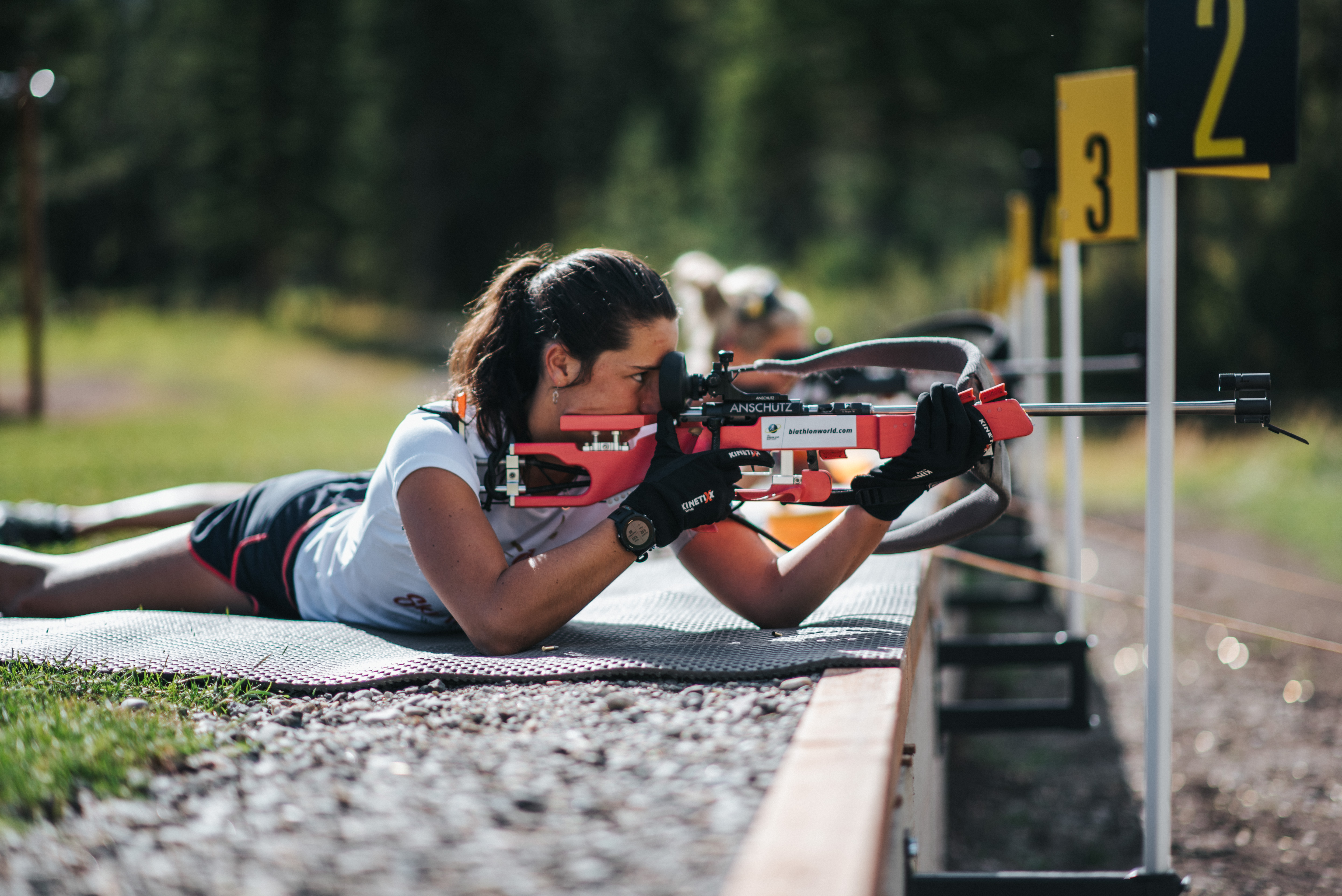 A team where athletes aged 18-22 can pursue excellence in training and results.

T1 athletes may participate in a 10-week summer session or a full year program, both of which are fully funded by Crosscut Mountain Sports Center.

A high performance program for athletes aged 18-23 who aspire to grow as athletes and improve their performance. This training group will focus on building and adhering to an intentional training plan by applying supportive, educated, and autonomy-driven coaching.

This program is also designed to accommodate the special scheduling needs of athletes who are attending Montana State University.
‍
In order to be named to the PG/Collegiate team, an athlete must be a High School Graduate committed to the process of development to build the skills needed to advance as an athlete.
‍
PG/Collegiate Team athletes may participate in full year of programming, or any of the seasonal programs as outlined below:

To learn more, please contact: info@crosscutmt.org. To apply for the Crosscut Elite Team, please download and fill out the application form. All application materials including your Application Form, your Cover Letter, and your Athlete Resume should be submitted via email to info@crosscutmt.org. Applications for the Full Year and Summer programs must be submitted no later than April 29th, 2020. Application deadlines for fall and winter only programming will be announced mid-summer 2020.
‍
After the application deadline, the selection committee will review all applications and will contact athletes with decisions by May 6th, 2020. Athletes who have received an invitation must confirm or deny their participation by May 15th, 2020.