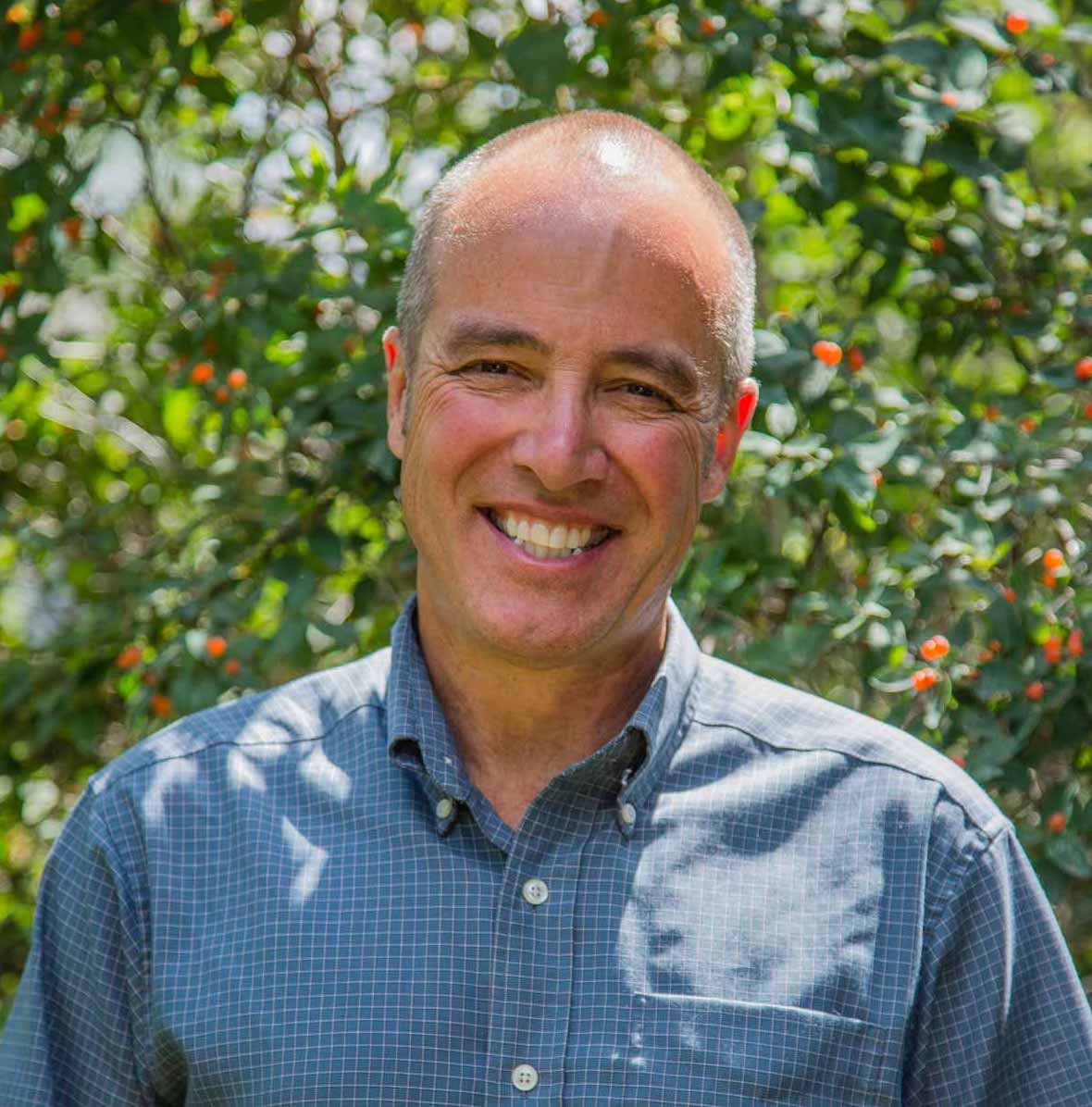 Stuart, a native of Bozeman, has spent his professional career in land rehabilitation and conservation. His recent start-up company, Edaphix, seeks to develop and deploy non-synthetic weed control products using specially formulated soil micronutrient additives.  Stuart worked as a researcher for Montana State University and has double degrees from Montana State University – a B.S. in Geology and an M.S. in Land Rehabilitation. Stuart grew up cross-country skiing on the Bridger Nordic Ski Team and shooting on the High School rifle marksmanship team. He skied for Montana State University’s NCAA Division I cross country team and was named to the U.S. Biathlon Team as a junior in 1978. Stuart was a National Team member until 1985. Stuart competed both Nationally and Internationally as a biathlete.

Stuart has served on the boards of the Bridger Ski Foundation, Gallatin Valley Land Trust, and was a founding board member of the Bridger Biathlon Club. He has been a community leader in developing the interconnected Bozeman trail system including the M Trail, Drinking Horse Mountain, Snowfill Park, Triple Tree trails, Sourdough and Hyalite Canyon trails, and others. He is passionate about amateur athletics, youth achievement, higher education, and community health. In winter you will find him fighting off middle age on Crosscut’s ski trails with a smile on his face. Stuart lives in Bozeman with his wife, Karin, and their two striped cats. 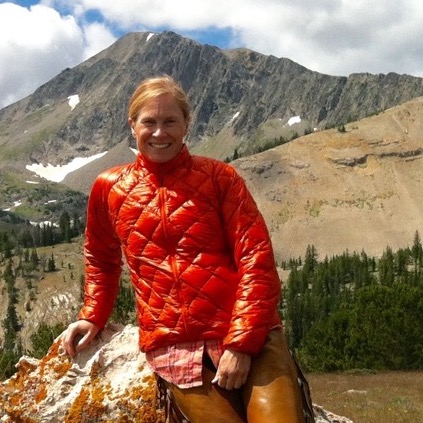 Kari grew up hiking, cross-country and downhill skiing, riding horses, fishing and playing in the mountains near Bozeman, Montana. Her family encouraged physical fitness of all forms. She began nordic ski racing with the Northern Division Ski Team in 1976 and was introduced to the sport of biathlon at U.S. JuniorNationals. She became one of just a few women invited to become a member of the U.S. Biathlon Women’s Development Team as a Sophomore in High School. She was fascinated with a sport that combined the endurance and power of cross-country skiing with the finesse and concentration of rifle marksmanship.

Kari attended the first Women's Biathlon World Championships in Chamonix, France in 1984 where she was a member of the Bronze Medal Relay Team. She competed nationally and internationally until her retirement in 1986 to pursue a career in veterinary medicine. She graduated from Colorado State University in 1990 and pursued a life that was a balance of work and play. Her interest in the sport never waned and she became a coach for the U.S. Biathlon Men’s and Women’s Teams from 1990-1992. Kari was a founding board member of the Bridger Biathlon Club which subsequently merged with Crosscut. Kari works as a small animal veterinarian in Bozeman, concentrating on internal medicine and promoting wellness. 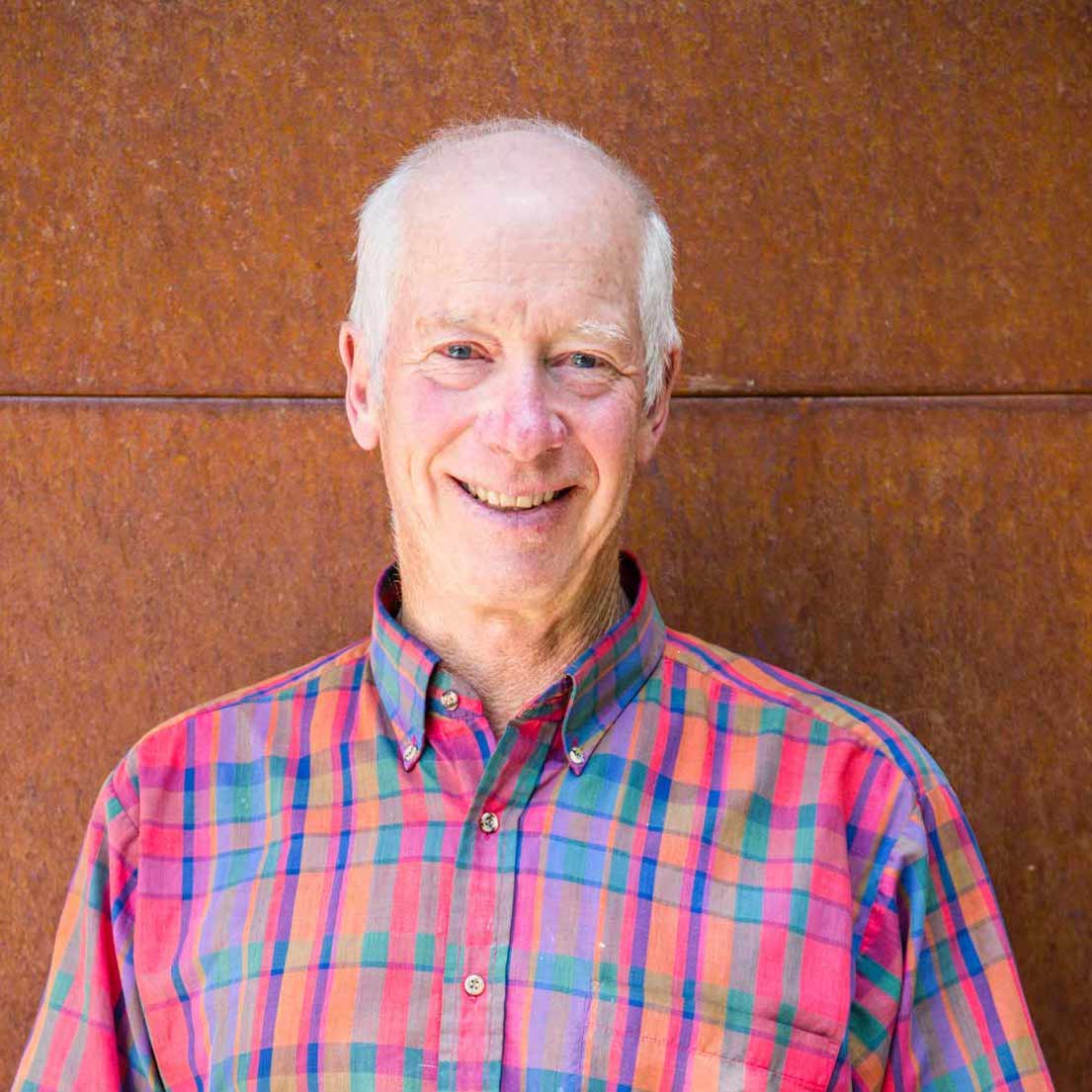 Cliff skied cross-country for Dartmouth College and later coached the Montana State University Ski Team. He was co-owner of Crosscut Ranch in the early 1980s, where he was Chief of Race for several NCAA races. Cliff was a FIS Technical Delegate, Assistant Chief of Course for the 1980 Olympics in Lake Placid, and Cross Country crew leader for the 2002 Olympics in Salt Lake City. Cliff and his wife Joan live in Bozeman and travel frequently to Mongolia for their work with BioRegions, an international program that focuses on the exchange of knowledge, experience and skills between bioregions. 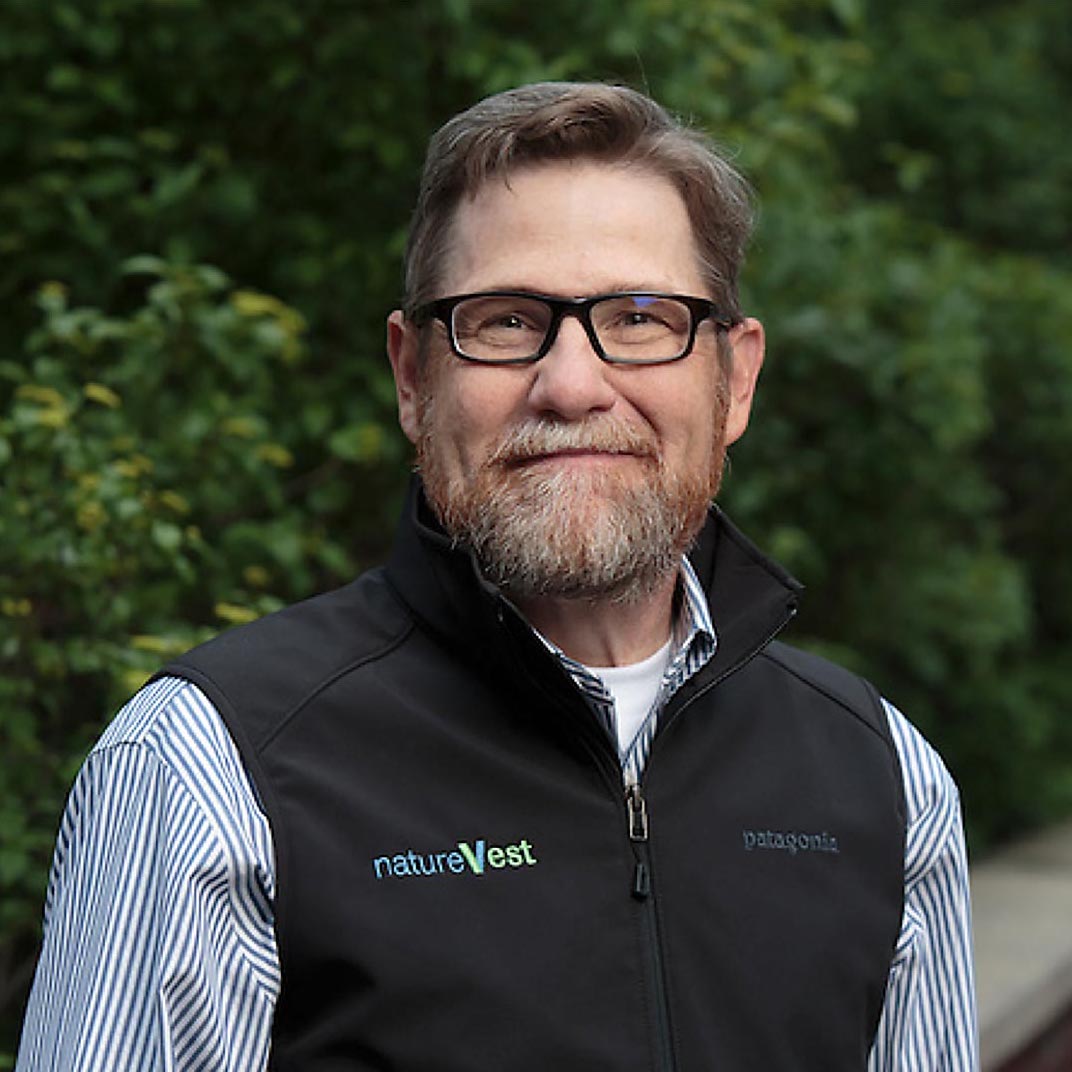 Eric is lead strategist for TNC’s largest and most ambitious conservation projects. During his 25 years in the field, Eric has originated and closed more than 200 conservation deals valued at over $1 billion – from acquiring the historic mining claims in the San Juan Mountains of western Colorado to purchasing over 500,000 acres of “checkerboard” timberland in the Pacific Northwest and Montana. The most recent timber transaction involved a $125 million impact investment.

He holds an undergraduate degree in business administration and finance and, after a career as an independent market maker on the floor of the Chicago Board of Trade, secured a master’s degree in natural resource management. Eric is an alumnus of the Impact Investment Programme at Oxford University’s Saїd Business School and recently helped establish two independent nonprofits – The Carbon Endowment (TCE) and Powering Africa Recharging Conservation (PARC). Eric serves as founding board chair for the Crosscut Mountain Sports Center, and is the proud father of Sabine and Alex who are athletes with Bridger Biathlon. 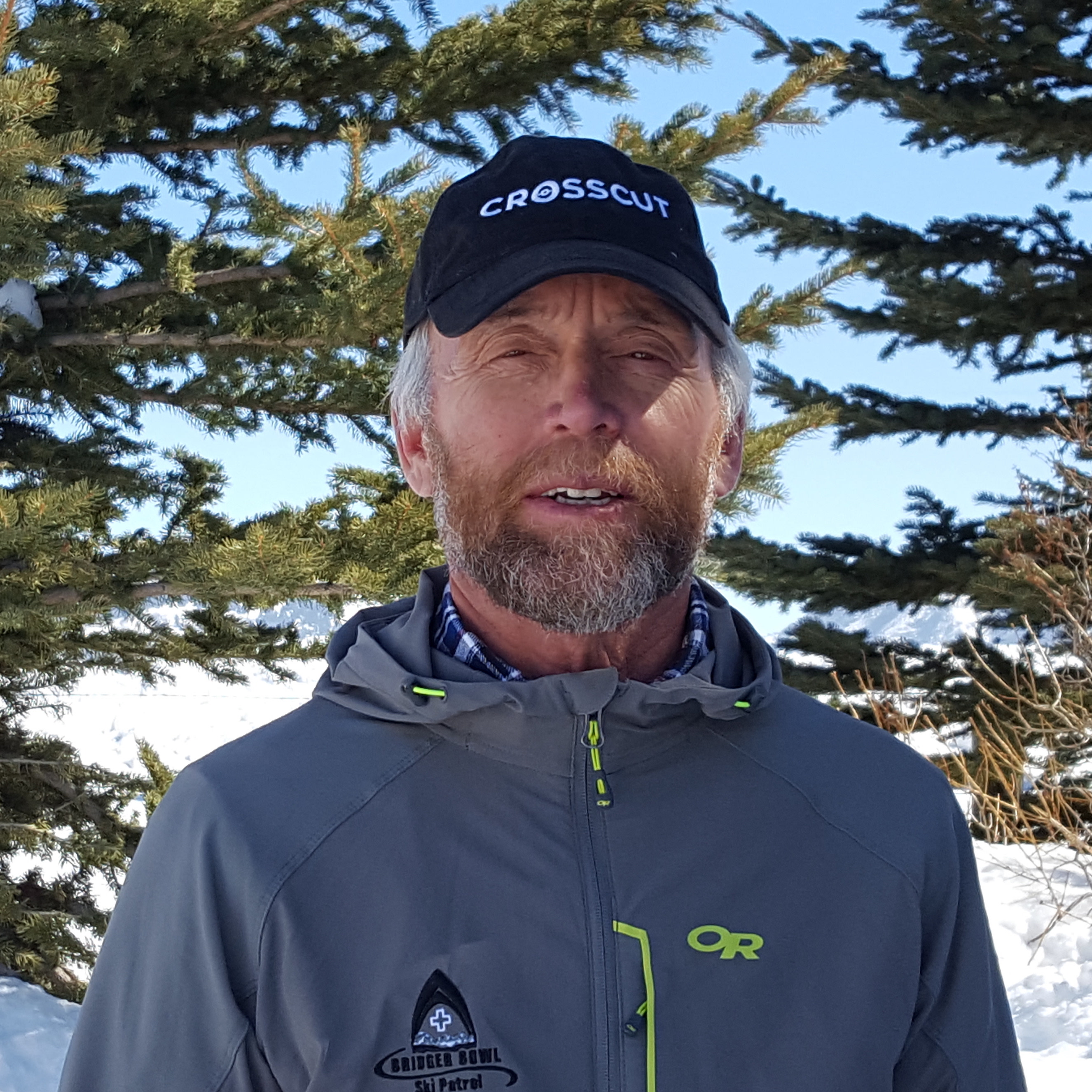 Randy’s love of skiing began at age 6. His father worked as the Chief of Maintenance for Yellowstone National Park in the 1960’s, so winter and summer activities revolved around the outdoors. As a park kid, he was able to enjoy many adventures in the mountains. A favorite family trip was to ski at Bridger Bowl which, at the time, had a T-bar and platter lift.

Randy earned a BS in Recreation Management from MSU, and while he was there he joined the volunteer ski patrol at Bridger Bowl. While at MSU, Randy became more interested in snow and avalanche control, and a highlight of his learning was that he took a snow dynamics course from Dr. John Montagne (father of Crosscut Board member, Cliff Montagne). Randy was hired as a Pro-Patrolman at Bridger in 1977, became Patrol Director in 1988, Mountain Manager in 1991 and then General Manager from 2004 until 2018. Randy has also been a volunteer member of the Gallatin County Search and Rescue since the early 1980s. Randy has led Bridger’s construction and operation improvements, including: underground power and snowmaking, new water and wastewater system, installation of 8 new lifts, completion of two new lodges and many other projects. Randy worked with the US Forest Service to expand Bridger’s terrain to include the popular Slushman’s area to the South, and soon the Bradley’s area to the North above Crosscut. Randy was recognized for his contributions by being given the Bernie Kingery Award from the American Avalanche Association in 2006, and also an Outstanding Achievement Award from the Intermountain Ski Area Association in 2018. Randy lives in Bozeman with his wife, Beth, and they make frequent visits to see their grandchildren Sam and Phoebe. 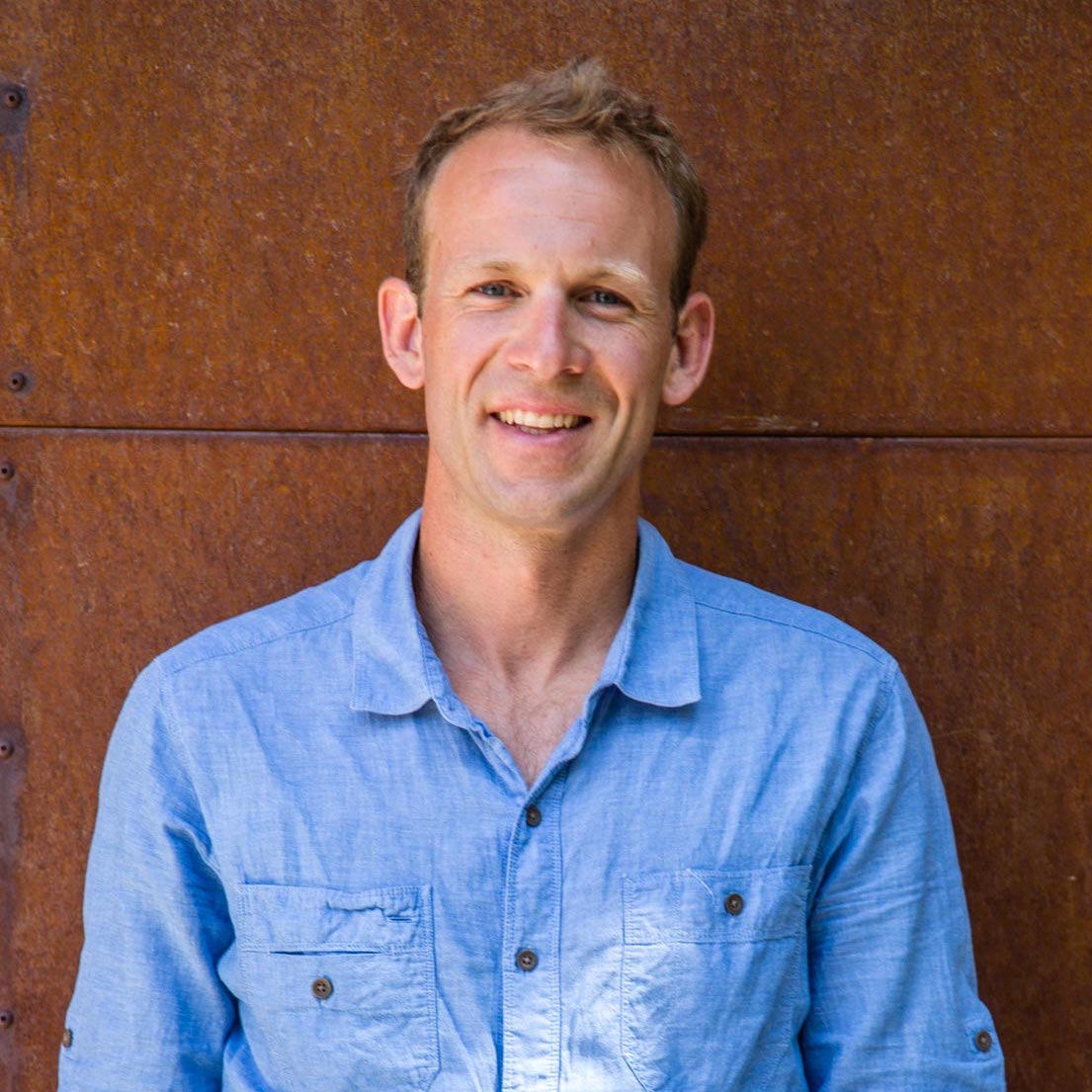 Four-time Olympian, Lowell Bailey, served as the first Executive Director of Crosscut Mountain Sports Center. Bailey capped his athletic career in 2017 by becoming the United States' first World Champion in the sport of biathlon when he took gold in the 20 km Individual competition. After getting Crosscut off to a tremendous start, he subsequently transitioned to Crosscut’s Board of Directors to continue advancing the community legacy he helped start.

Lowell is currently working as the high performance director at U.S. Biathlon to bolster all levels of the sport, from the youth development through to Team USA.  Lowell has an undergraduate degree in Environmental Studies and Political Science from the University of Vermont. In 2015, Lowell was inducted into the UVM Athletic Hall of Fame. Lowell also serves as athlete representative for the U.S. Biathlon Association as well as the International Biathlon Union.

"Over the past two decades I’ve had the opportunity to experience some of the best recreation centers in the world; Crosscut Mountain Sports Center in Bridger Canyon rivals them all. When you combine the ski culture of Bozeman, the beauty and wildness of the Rocky Mountains, and a highly functional training site, you get a venue of national and even international significance."
–LOWELL BAILEY,
CMSC BOard Member